On January 11 Broeder Dieleman, VanDryver, Peter Slager and I did a show in the Concert Hall in our hometown Middelburg, assisted by Pim van de Werken, Lotte Pen, Twan Stekelenburg and Astrid Harring. According to the press: LARGE SUCCESS "Those who attended the New Year's Concert of - predominantly - musicians from Middelburg, last Thursday evening were not disappointed. This this time everything was different and surprising: the audience was on stage and the program was full of mostly new pieces of music. In short: VanDryver, Peter Slager, Douwe Eisenga and brother Dieleman may come back ". (Theo Rietveld)   Coming back, we will certainly do that!! 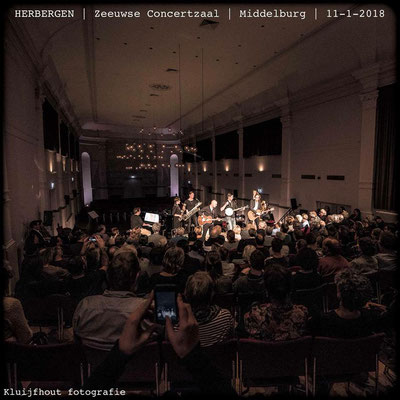 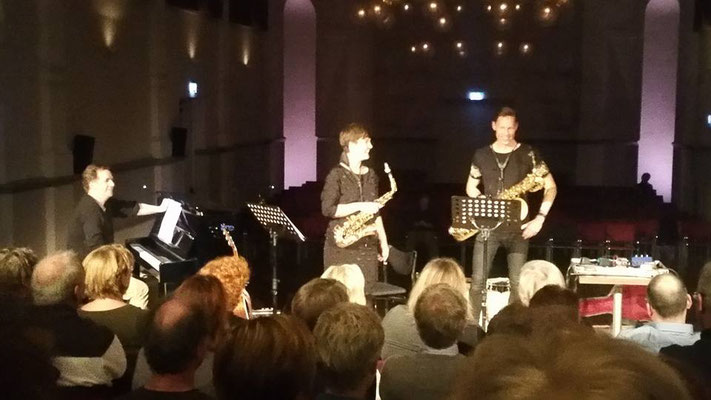 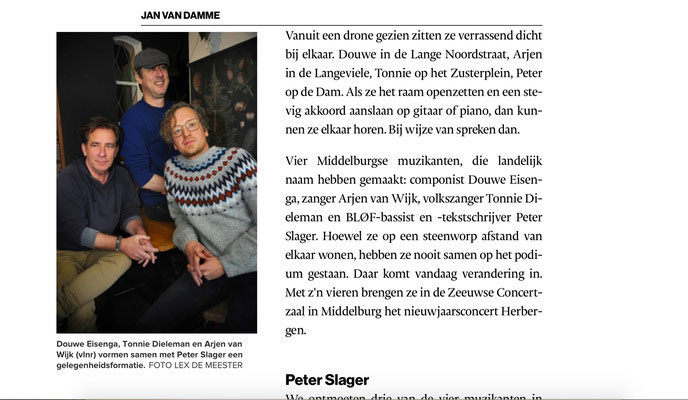 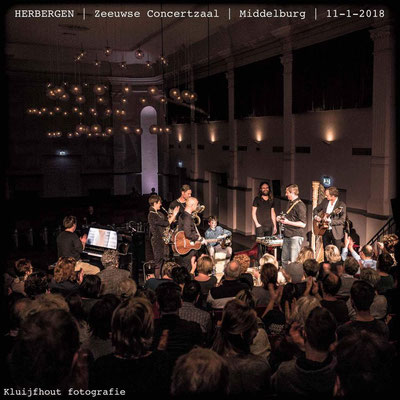 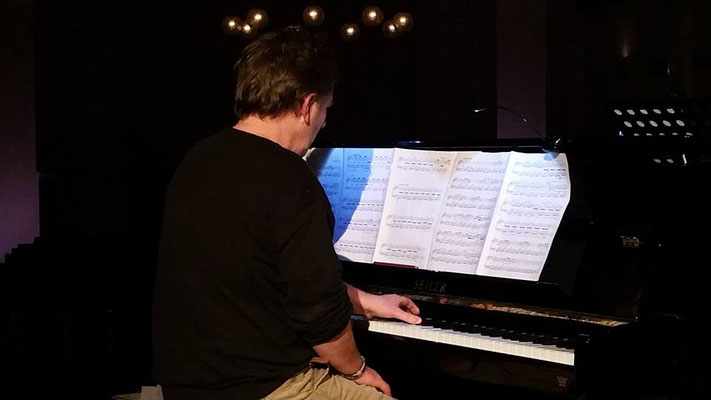 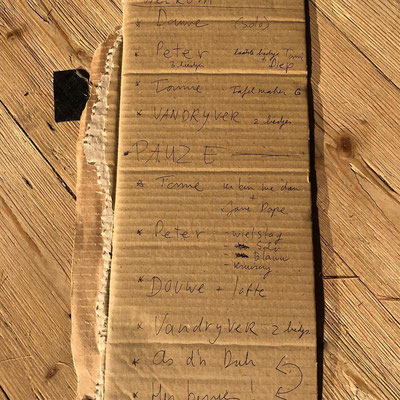 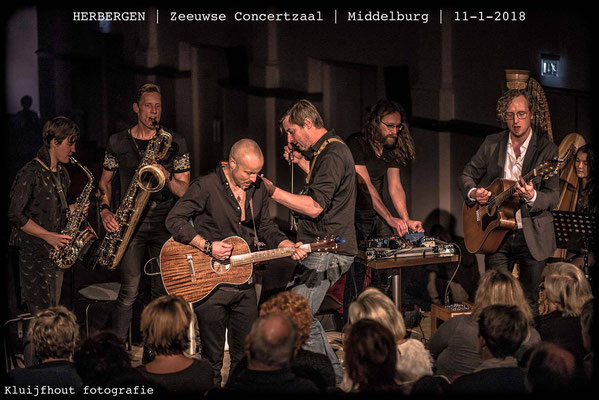 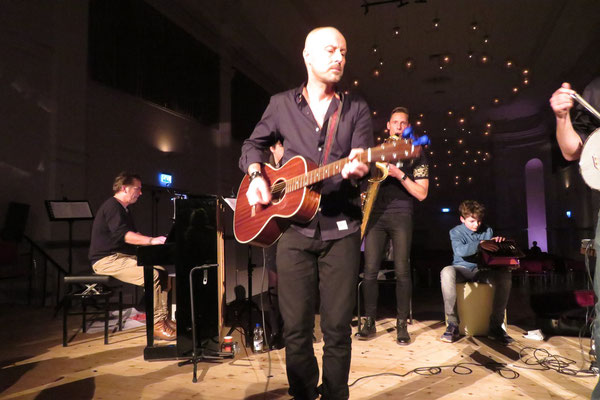 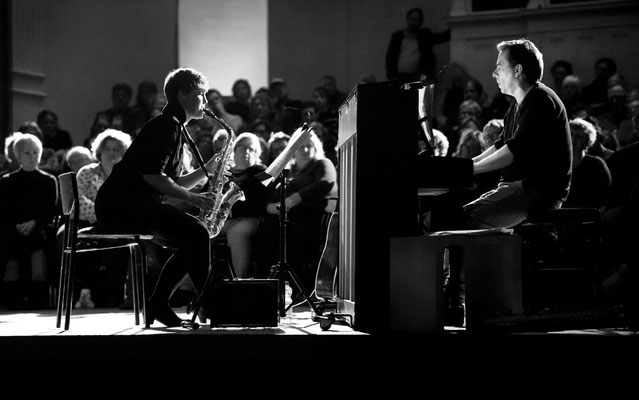 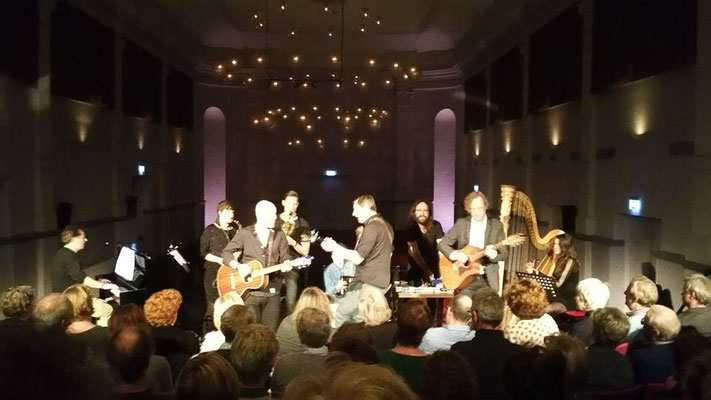